A new gene therapy might be able to recover vision lost in inherited retinal disease patients.

In a study presented at the 121st Annual Meeting of the American Academy of Ophthalmology (AAO 2017) in New Orleans, LA, researchers reported that Leber congenital amaurosis (LCA) patients were able to see well enough to navigate a maze created for trials, after receiving an investigatory gene therapy.

LCA, a retinal condition that begins in infants and progresses to cause complete blindness, currently has no treatments designated by the US Food and Drug Administration (FDA). It is a rare condition — only affecting about 1 in every 80,000 individuals — that can be caused by 1 or more of 19 different genes.

The tested gene therapy, voretigene neparvovec (Luxturna) from Spark Therapeutics, is currently under FDA review for potential approval by January 2018. An injection therapy, it uses a genetically-modified version of a harmless virus that’s been modified to carry a healthy version of the gene to patients’ retinas.

The presented phase 3 study was led by Stephen R. Russell, MD, an ophthalmologist from the University of Iowa. He and colleagues found that 27 of 29 (93%) treated LCA patients in the randomized, controlled study had clinically meaningful improvements to their vision. The patients were able to navigate a maze with low-to-moderate lighting.

Though Luxturna does not restore normal vision in LCA patients, it’s allowed patients to see shapes and light, making it possible for them to navigate without a cane or guide dog.

The ophthalmologic community has hope for the development of gene therapy options. The treatment class could be a direct response to the 225-plus genetic mutations known to cause blindness. It could also be a direct therapy for another inherited retinal disease brought on by a defective gene — retinitis pigmentosa, researchers said.

Gene therapy may also lead to improved age-related macular degeneration treatment, as it could provide key proteins needed to restore vision in patients. 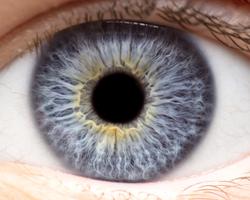