ALS Cell Therapy BLA Refused for Filing by the FDA

BrainStorm received indication from the FDA that it is able to request a Type A meeting to discuss the content of the refusal to file letter.

BrainStorm Cell Therapeutics has announced that the biologics license application (BLA) for NurOwn, its investigational autologous mesenchymal stem cell (MSC) neurotrophic factor–secreting (NFS) cell therapy product intended to treat amyotrophic lateral sclerosis (ALS), has been refused for filing by the FDA. BrainStorm received indication from the FDA that it is able to request a Type A meeting to discuss the content of the refusal to file letter.1

"While we are disappointed that the FDA has not accepted our BLA for NurOwn in ALS, we remain committed to NurOwn's advancement as a treatment for this devastating disease," Chaim Lebovits, chief executive officer, BrainStorm, said in a statement regarding the news.1 "The company intends to request a Type A meeting and looks forward to continued discussions with the FDA. We continue to believe that NurOwn's Phase 3 trial represents a significant contribution to ALS therapy and will continue to work tirelessly to address the needs of people living with ALS by advancing science and partnering with researchers around the world."

The FDA concluded in March of 2021 that the current level of data did not cross the threshold of substantial evidence to support a BLA after a review of a phase 3 clinical trial (NCT03280056) for NurOwn. The data showed that 33% of those on MSC-NTF and 28% of those on the placebo demonstrated a change in disease progression of at least 1.25 points on the ALS Functional Rating Scale (ALSFRS-R) after 28 weeks of treatment, a difference which failed to meet the primary end point of statistical significance.2

BrainStorm announced new clinical analyses in August 2022 that strengthened the findings. Prompted by these changes, BrainStorm submitted the BLA, more than a year after the agency had recommended against a submission.3

Several analyses showed that NurOwn may have more impact in patients with less severe ALS. In a prespecified analysis of participants with baseline ALSFRS-R scores of at least 35, it was shown that 35% of those treated with MSC-NTF demonstrated a clinical response, as opposed to 16% of the participants on the placebo (odds ratio [OR], 2.6; P = .29). The newly added results indicated that participants treated with MSC-NTF progressed on average 2 points less on the ALSFRS-R compared with patients who received the placebo (P = .05), while for participants with more advanced disease, the change from baseline to week 28 was similar between treatment groups (P = .97).

In post hoc analyses, it was originally reported that the least square (LS) mean for placebo (range, –4.32 to –5.81) exhibited far less spread in the LS mean change than those in the MSC-NFT group (range, –1.58 to –4.61). These LS means were corrected for both the MSC-NTF (range, –1.39 to –4.82) and placebo (range, –4.24 to –5.98), but still indicated that placebo-treated patients lost 4 to 5 points on average in 28 weeks across baseline thresholds while those on active treatment lost less function at higher compared with lower baseline levels.4

Most recently, at the 2022 Annual Northeast Amyotrophic Lateral Sclerosis (NEALS) Meeting, November 1-3, in Clearwater Beach, Florida, sensitivity findings from the phase 3 trial further confirmed NurOwn’s benefit in those with less severe ALS. The post hoc sensitivity analyses focused on minimizing the ALSFRS-R floor effect by identifying and excluding those at highest risk of being impacted by a floor effect. To do so, investigators applied the Total Score Threshold (TST), which removed 23% (n = 44) of the cohort who had ALSFRS-R scores less than 25, and Item Level Threshold (ITL), which removed those with a baseline score of 0 or 1 in at least 5 of 6 of the ALSFRS-R’s Fine and Gross Motor scale items, or 16% (n = 30) of the trial cohort.5

The primary end point was a responder analysis defined as the percentage of participants with at least a 1.25 points/month improvement on ALSFRS-R after treatment with NurOwn. When applying the TST and ILT, 34.7% and 35.4% of NurOwn-treated patients, respectively, achieved the primary end point, compared with 20.5% and 22.5% of those on placebo (P = .053 and P = .035). The secondary end point—average change from baseline to week 28 in ALSFRS-R—also continued to favor active treatment. After utilizing TST and ILT, patients showed average changes of –4.82 and –4.6, respectively, compared with changes of –5.98 and –6.08 for those on placebo (P = .250 and P = .125).

"While the pre-specified primary outcome measure was not met, there were participants with beneficial clinical effects and overall changes in relevant biomarkers of drug effect," Robert Brown, MD; Merit Cudkowicz, MD, MSc; and Tony Windebank, MD, the 3 co-principal investigators of the phase 3 study, said in a joint statement. "Understanding whether there are people with ALS who might respond better to NurOwn is important given the unmet therapeutic need. As the three co-PIs of the Phase 3 study of NurOwn, we support continued discussions with the FDA on the best path forward."1 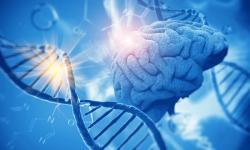