Around the Helix: Cell and Gene Therapy Company Updates – May 11, 2022

The US Food and Drug Administration (FDA) has lifted its clinical hold on LogicBio Therapeutics’ phase 1/2 SUNRISE trial (NCT04581785), which is evaluating LB-001 for the potential treatment of methylmalonic acidemia (MMA) in pediatric patients.

During its Q1 earnings call, REGENXBIO disclosed that it uncovered an “unexpected and isolated observation” during the vial-filling stage of the manufacturing process for its Duchenne muscular dystrophy gene therapy at a third-party manufacturing facility.

The RPGR gene-delivering rAAV-based therapy AGTC-501 (rAAV2tYF-GRK1-RPGR) demonstrated sustained efficacy and safety after 18 months of follow-up for patients with X-linked retinitis pigmentosa (XLRP), which is caused by RPGR mutations, according to findings from an ongoing, phase 1/2, open-label, dose escalation trial presented at the Association for Research in Vision and Ophthalmology (ARVO) 2022 Annual Meeting.

4. ICER Will Asses Hemophilia A and B Gene Therapies

The Institute for Clinical and Economic Review (ICER) announded that it will assess the comparative clinical effectiveness and value of etranacogene dezaparvovec (EtranaDez; UniQure and CSL Behring) for the treatment of hemophilia B, and also update its assessment of BioMarin's valoctocogene roxaparvovec (Roctavian).

Ohio State’s Gene Therapy Institute will coordinate existing strengths to accelerate the expansion of gene therapies studied at the university, which holds one of the largest first in human clinical trial portfolios.

6. Google Will Permit Ads for Gene, Cell Therapies if FDA-Approved or Educational

Google announced that it was relaxing its strict no-ad policy around cell and gene therapies, stating that beginning in July, it would allow ads for FDA-approved products and ads that are purely educational or informational in nature, regardless of regulatory status.

The New England-based health system named its annual "Disruptive Dozen", a list of 12 emergine gene and cell therapy technologies slated to have the greatest impact on healthcare.

Clinical data from Arcellx's dose escalation cohorts in its ongoing phase 1 study of CART-ddBCMA for the treatment of patients with relapsed or refractory multiple myeloma were published in Blood Advances.

New research published in Molecular Therapy by scientists from the University of California San Diego, and colleagues, demonstrates that gene therapy can be used to inhibit nerve cell signaling associated with neuropathy in models of spinal cord or peripheral nerve injuries. 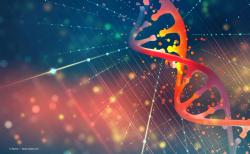