Research presented at the EBMT meeting suggests cell expansion may be a good biomarker of both response and outcomes.

Data from a prospective in vivo assessment suggest that good chimeric antigen receptor (CAR) T-cell expansion on day 10 (C10) after infusion could be an early biomarker to help predict response and survival in patients with B-cell lymphoma. The data were presented at the virtual 48th Annual EBMT meeting.1

“No biomarker can predict [CAR T-cell therapy] outcomes in vivo on an individual patient level,” explained Martina Pennisi, MD, attending physician, Fondazione IRCCS Istituto Nazionale Tumori in Milan, Italy, in a virtual presentation of the study results. “Therefore, their use in clinical practice is currently limited. So, our aim was to evaluate whether CAR T-cell monitoring in peripheral blood could predict a treatment response in real life.”

Treatment using the CAR T-cell therapies tisagenlecleucel (tisa-cel; Kymriah) and axicabtagene ciloleucel (axi-cel; Yescarta) is becoming a stand of care for patients with lymphoma, investigators noted; however, markers for response are not well characterized. They added that although clinical features–poor performance score, high systemic inflammatory state, tumor burden, lactate dehydrogenase–may be associated with lower efficacy, according to previous studies, higher axi-cel peak concentrations have also been associated with better response rates at 30 days and had a longer progression-free survival (PFS).

“However, response and survival do not appear to be influenced by patients' characteristics in other reports and the role of CAR-T expansion in peripheral blood (PB) has never been prospectively investigated in a real-life setting,” investigators wrote in the abstract of the findings.

The majority of patients had an ECOG performance score of 0 (81%) and stage III to IV disease (77%), and 42% of patients reporting having received 3 or more prior lines of therapy.

Samples of PB were collected on days 5, 7, 10, 14, 21, and 28 after CAR T-cell infusion, and then monthly until disease progression or 1 year after infusion. Flow cytometry was then used to assess the sample and find viable cells for study to determine the peak of the CAR T-cell treatment.

Researchers found that the kinetics of both therapies were similar by looking at the median time to peak expansion of T-cells (Tmax), which was 10 days for patients in both the tisa-cel and axi-cel arm. Investigators also calculated the median maximum concentration of CAR T cells in treated patients and at day 10 (C10) this number was at 25 cells (range, 12-82), while the overall median maximum of CAR T cells was at 54 (range, 25-104).

Area under the curve from day 0 to day 30 was calculated to be 123 (range, 55-248), and researchers found no significant difference in these areas when comparing the treatment arms. Moreover, researchers found that the area under the curve and maximum T cells at 10 days were strongly correlated (correlation score, 0.88; 95% CI, 0.79-0.92, P = .001), which showed that patients peaking at 10 days was a promising result.

“After considering other variables that could be associated with response, only C10 was associated with a significant, good response (P = .038) at day 90,” said Pennisi. “We then looked at patients that were considered responders at day 90 and we looked at the association of all kinetic parameters of expansion of CAR T cells, and we found that responders had significantly higher parameters compared to non-responders.”

“We believe that C10 can represent an early biomarker to predict response and survival in vivo on an individual patient level. However, further studies on larger populations are warranted to validate our results,” Pennisi concluded. 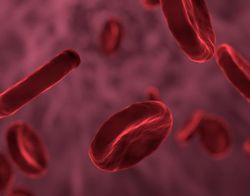