Bayer provided an update on trials currently underway for the treatment of PD by its subsidiaries.

The first patient has been dosed in BlueRock Therapeutics' phase 1 study (NCT04802733) of DA01 for the treatment of Parkinson disease (PD), Bayer, the holding company of BlueRock, recently announced. Asklepios BioPharmaceutical (AskBio), another subsidiary of Bayer, is also enrolling patients in its phase 1b clinical study (NCT04167540) of glial cell line-derived neurotrophic factor (GDNF) gene therapy for PD.1

“The potential of BlueRock and AskBio’s clinical candidates to treat PD could be immense,” said Wolfram Carius, head, cell and gene therapy, Bayer, in a statement.1 “For the first time, it might be possible to stop and reverse this degenerative disease and truly help patients with their high unmet medical need. The start of clinical trials represents the beginning towards a truly breakthrough treatment option to dramatically improve the lives of patients.”

The DA01 candidate consists of pluripotent stem cell-derived dopaminergic neurons designed to innervate the putamen to reverse the regenerative process and potentially restore motor function in people with PD. Unlike standard-of-care symptomatic treatments like levodopa, whose effects diminish over time, BlueRock aims to target PD at its root cause with DA01.

The trial will enroll 10 patients at sites in the US and Canada who will undergo surgical implantation of the DA01 cells. The primary end points of the study are safety and tolerability at 1 year post-transplant. Secondary end points are transplanted cell survival and motor effects at 1- and 2-years post-transplant, as well as continued safety and tolerability and feasibility of transplantation.

The GDNF study, supported by the California Institute for Regenerative Medicine, dosed its first patient with an infusion of GDNF in August 2020. Ten patients have been enrolled since then into the study to assess safety and preliminary efficacy. The one-time treatment provides a continuous production of GDNF, an advantage over intermittent protein infusions. The therapy is designed to promote the survival and functioning of vulnerable brain cells that degenerate in PD.

“I’ve been investigating therapeutic gene therapy approaches for PD for nearly 30 years, and [this trial] marks a significant milestone for the field and may lead to major therapeutic opportunities for those suffering with this devastating condition, along with their families,” said Krystof S. Bankiewicz, MD, PhD, chief executive officer, Brain Neurotherapy Bio, part of Asklepios Bio, in an earlier statement.2 “We thank the current and future participating patients and the Neurology and Neurosurgery teams conducting the clinical study at The Ohio State University, the University of California San Francisco and the University of California Irvine medical centers.”

Previous research has shown that GDNF, delivered via the adeno-associated virus serotype 2 (AAV2) vector, achieved sustained expression that can promote regeneration of midbrain neurons and significant motor recovery in mouse and nonhuman primate studies. AAV2-GDNF targets brain cells within the putamen to produce and release GDNF protein. The GDNF payload consists of a human GDNF DNA sequence attached to regulatory sequences to ensure long-term stability of the payload. The treatments is administered in an MRI-guided, convection-enhanced infusion into the brain.

“There is an urgent need in the clinic for a treatment that may alter course of disease progression for patients with PD,” said Amber Van Laar, MD, movement disorder neurologist and Senior Director for Clinical Affairs of BNB. “GDNF gene therapy, if proven safe, is one such therapeutic that may mitigate and possibly reverse such clinical features of Parkinson disease,” added Adrian Kells, PhD, BNB’s Chief Operating Officer.

Around the Helix: Cell and Gene Therapy Company Updates – February 1, 2023 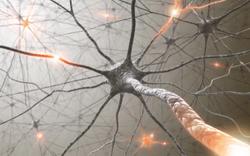