The concept of encapsulated cell therapy (ECT) is not new, although the technique has come a long way and has shown promise in treating diabetes, pancreatic cancer, and retinal disease.

Neurotech Pharmaceuticals, Inc. is currently utilizing ECT in a pair of Phase 3 clinical trials evaluating its CNTF-producing NT-501 implant for treatment of the retinal disease Macular Telangiectasia type 2 (MacTel). The two studies have been initiated at 42 centers in five countries and are now fully enrolled.

The NT-501 implant device consists of the ECT, consisting of the white cylinder-shaped membrane and caps, which hold the cells. The anchor loop on the left is sutured to the eye wall.

ECT consists of living cells encapsulated within a semipermeable polymer immune-protective membrane. The cells are genetically engineered to produce a specific therapeutic substance to target a particular disease or condition. Once implanted in the eye, the capsular membrane allows outward passage of therapeutic factors and inward passage of oxygen and nutrients. Immune system components are unable to pass through this barrier, so no immune response is initiated.

Since the concept was first demonstrated by Vincenzo Bisceglie in 1933, ECT has become a very versatile platform that can be customized to produce a variety of therapeutic proteins including antibodies, fusion proteins, growth factors, and small peptides.

MacTel is a rare, bilateral, slowly progressive, macular degenerative disease, typically diagnosed in middle age. It is primarily a neurodegenerative disease, but also affects Müller glia, retinal pigment epithelial cells, and blood vessels. Genetic studies of MacTel show that it is complex with no single identified gene mutations. Although it rarely results in total blindness, MacTel type 2 is associated with blurred and distorted vision, and therefore has a serious impact on patients’ quality of life. Central vision loss caused by retinal atrophy can occur in late stages, while neovascular complications can occur at any stage. There is currently no known effective therapy.

In the mature retina, Müller glial cells are a major source of neurotrophic factors including ciliary neurotrophic factor (CNTF), which support photoreceptors. Müller cells express CNTF receptors, and upon binding, CNTF begins to upregulate the JAK-STAT cell survival pathways. Inhibition of the CNTF receptor on Müller glia blocks STAT activation and abolishes neuroprotection in a mouse RP model. This evidence suggests that the mechanism of action in the MacTel retina is that the administration of CNTF activates metabolically stressed glial cells to upregulate cell survival pathways and release neurotrophic factors. The maintenance of Müller glia prevents the subsequent collapse of photoreceptors. This proposed mechanism is further supported by evidence showing that CNTF-activated glia are protected against strong metabolic stress.

The transverse section of the NT-501 device illustrates the “semipermeable” polymer membrane that encapsulates the CNTF-producing retinal pigment epithelial cells.

Neurotech’s NT-501 implant comprises human retinal pigment epithelium cells that have been genetically modiﬁed to release ciliary neurotrophic factor. The cells are encapsulated in a semipermeable hollow ﬁber membrane that is implanted into the vitreous cavity and secured to the eye wall, where it provides long-term CNTF delivery into the vitreous cavity. In Neurotech’s Phase 2 MacTel Study, eyes receiving sham treatment showed 31% greater progression of neurodegeneration than the NT-501 CNTF-treated eyes. This novel cell-based delivery system has received Orphan Drug and Fast Track status from the FDA for MacTel type 2.

Neurotech’s NTC-200 cell line, derived from normal human retinal pigment epithelial cells, can be genetically engineered to produce clinically relevant levels of therapeutic protein. The cell line is well-characterized, non-tumorigenic, and immortalized. This means the cells are viable for years, allowing for long-term, continuous therapeutic protein delivery. What makes it even more special is that it thrives under low oxygen and low nutrient conditions, making it particularly hardy within the intravitreal environment.

The NT-501 Implant is also being studied to test the neuroprotective effects of CNTF on glaucoma, independent of the MacTel research project. Jeff Goldberg, MD, Chair of Ophthalmology at the Byers Eye Institute, Stanford University, is heading up a multicenter randomized, sham controlled Phase 2 study in 54 patients that seeks to study the impact of CNTF on glaucoma.

As refinements continue, the core technology of encapsulating and implanting cells for therapeutic effect appears promising and optimism remains high for its ongoing development for a variety of indications. 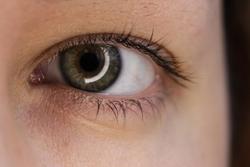