The study will be carried out in Paris and is expected to begin before the end of the year.

BrainVectis has received approval from France’s National Agency for Safety of Medicines and Health Products (ANSM) to begin recruiting patients for a phase 1/2 clinical trial of its investigational adeno-associated virus (AAV) gene therapy for the treatment of early-stage Huntington disease (HD), BV-101.1

BV-101, previously referred to as BV-CYP01, delivers the enzyme CYP46A1 to the brain to restore expression in patients with HD and increase cholesterol metabolism.1,2 Additionally, it is intended to reduce levels of mutant huntingtin, the disease-targeted protein.1

“Unlike other attempts to treat Huntington’s Disease, BV-101 aims to restore cholesterol metabolism, reduce mutant huntingtin and to improve neuronal function. Importantly, BV-101 does not affect the levels of normal huntingtin protein in cells,” Nathalie Cartier-Lacave, MD, founder, BrainVectis and vice president, Sector Lead Neurobiology, AskBio said in a statement.1 “If this proves successful, we have the potential to change the course of a devastating disease that causes severe functional and cognitive decline.”

BV-101 previously showed proof-of-concept in preclinical animal model studies, including mouse model studies that showed its ability to repair the cholesterol pathway and provide neuroprotection and improvements in physical performance.1,2 It was granted orphan drug designation by the European Medicines Agency (EMA) on April 1, 2019.2,3 In 2020, AskBio acquired BrainVectis with the intention of advancing the development of BV-101 and other gene therapies with its capsid and synthetic promotor design technologies and manufacturing capabilities.2

“We have seen promising preclinical results with BV-CYP01, and combining our program with gene therapy leader AskBio is ideal as we progress toward clinical studies,” Cartier-Lacave said in a statement at the time.2 “With its unmatched technology platform, AskBio has the resources to accelerate the development of our gene therapies for patients who desperately need treatment options.”

The planned open-label, dose-escalation clinical trial is expected to enroll 12 to 18 adult patients with early-stage HD.1 End points will examine safety, tolerability, and efficacy. Alexandra Durr, MD, PhD, professor, genetics, Reference Centre for Rare diseases-Neurogenetics, is the principal investigator responsible for leading the trial. The study will be carried out in Paris and is expected to begin before the end of the year.

“The approval of this trial in France marks a major milestone to potentially treat one of the world’s most devastating genetic diseases,” Sheila Mikhail, JD, MBA, chief executive officer and co-founder, AskBio, said in a statement regarding the news.1 “If successful, this novel approach for treating Huntington’s Disease may impact how we treat many other neurodegenerative diseases in the future.” 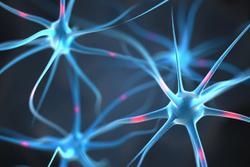