Seelos Therapeutics’ SLS-004 showed the ability to downregulate α-synuclein, and CENTOGENE’s ROPAD study will be extended.

SLS-004 is a CRISPR-dCas9-based epigenome-editing approach intended to reduce the expression of the α-synuclein protein, via a DNA-methylation approach targeted at the SNCA gene.1 The decrease in α-synuclein protein levels is in turn intended to aid recovery of tyrosine hydroxylase positive (TH+) dopaminergic neurons, a subset of which are known to degenerate in the midbrain region of patients with PD, an effect which is associated with the disease’s primary symptoms.

In an α-synuclein overexpressing animal model of PD, SLS-004 demonstrated the ability to downregulate the production of α-synuclein after a single dose. Furthermore, this downregulation was shown to result in a substantial increase in number and recovery from degeneration of TH+ dopaminergic neurons in the region of the brain where SLS-004 was injected, compared to a region of the brain which received injection with a control article. These new findings were noted to complement earlier research with in vivo and in vitro models. Seelos Therapeutics received a grant from The Michael J. Fox Foundation for Parkinson's Research intended to aid the advancement of SLS-004 in August of last year.

"Increasing the recovery of TH+ dopaminergic neurons after a single administration of SLS-004 is a significant achievement, and this in vivo study validates and extends our prior findings," Raj Mehra, PhD, chairman and chief executive officer, Seelos, said in a statement regarding the news.1 "These data suggest that SLS-004 may have substantial potential for a disease-modifying gene therapy in Parkinson's disease."

The ROPAD study, which is intended to provide an improved understanding of disease progression, diagnosis, and treatment via the characterization of PD genetics, has performed genetic testing on more than 12,500 participants.2 CENTOGENE, which is carrying out the study, announced the decision to extend the study with a new focus on 48 specific sites which are located across Argentina, Belgium, Brazil, Germany, Israel, Italy, Portugal, Spain, the United Kingdom, and the United States. CENTOGENE also announced a strategic collaboration with Denali Therapeutics, which will be focused on identifying patients with variations in LRRK2, one of the most commonly mutated genes in familial PD.

“Parkinson disease is a devastating neurodegenerative disease – affecting over 10 million people worldwide from all walks of life,” Kim Stratton, chief executive officer, CENTOGENE, said in a statement regarding the news.2 “There is an urgent medical need to unveil multidimensional data. At CENTOGENE, we find it truly essential to establish a more inclusive and comprehensive approach from diagnostics to drug discovery, development, and commercialization. By extending this study alongside Denali, we are generating multi-ethnic insights into the genetic causes – accelerating potentially disease-modifying therapeutics for PD patients around the world.” 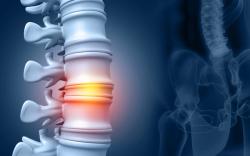