This content originally appeared on our sister site, Ophthalmology Times.

Aurion Biotech recently announced positive findings from their IOTA trial of a corneal endothelial cell therapy being developed by a team of Japanese investigators.

Shigeru Kinoshita, MD, PhD, professor and chair, ophthalmology, Kyoto Prefecture University of Medicine, Japan, and colleagues, developed the innovative biologic therapy from healthy corneal cells from 2 donors. The therapy has since been used to treat 50 patients with corneal endothelial disease.

According to the company, the preliminary findings from the IOTA trial showed improvements in visual acuity and central corneal thickness.

Corneal edema is the result of death or degradation of corneal endothelial cells. Because these cells do not regenerate, loss of vision can occur.

First, the diseased endothelium is removed from the recipient cornea.

Second, the cultured cells are loaded into syringes, and the cell suspension is injected into the patient’s anterior chamber, where the cells rapidly self-align.

Third, the patient recovers for approximately 3 hours while in a prone position.

To date, Kinoshita and his team have performed cell therapy procedures in 65 patients in Japan, with excellent clinical outcomes.

Key findings from these studies have been published in the New England Journal of Medicine1 and a follow-up 5-year study in Ophthalmology.2

In the IOTA trial, conducted from November 2020 to May 2021, at the Clínica Quesada in San Salvador, El Salvador, the investigators injected the cells into the affected eyes with the goals of reducing corneal edema and restoring vision.

The IOTA trial was conducted as a proof of concept of previous studies of the cell therapy procedure developed by Kinoshita and colleagues.

The results showed that the procedure was safe, well tolerated, and efficacious.

This is the first trial of the corneal endothelial cell therapy procedure to be conducted outside of Japan.

“This is a landmark moment for the treatment of corneal endothelial disease,” said Holland, who is chief medical advisor and medical advisory board chair at Aurion Biotech.

Moreover, Holland pointed out that the study confirmed the procedure is accessible for surgeons and minimally invasive for patients.

“The initial readout from this proof-of-concept trial is promising. Patients have demonstrated improvements in visual acuity and central corneal thickness,” Holland said.

“Until Professor Kinoshita’s astonishing innovations in corneal endothelial cell therapy, vision loss caused by corneal edema has remained largely underserved,” he said. “That is because of a chronic undersupply of donor corneas and current standards of care that involve exceptionally complex procedures. Because we have acquired this intellectual property, we look forward to advancing this cell therapy through regulatory approval in the US and elsewhere to restore vision to patients throughout the world.”

The patients will be followed for 12 months to assess the longer-term safety and efficacy of the treatment and after the study ends. 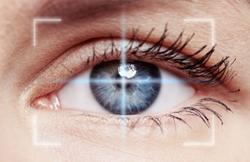