A new gene therapy tested the efficacy of injecting a virus into the eye.

A new gene therapy that could revolutionize the treatment of wet age-related macular degeneration (AMD) appears to be safe in all patients and highly effective in many, according to a small preliminary study.

The therapy is designed to suppress production of vascular endothelial growth factor (VEGF) in the retinas of patients with diabetic macular degeneration, thereby decreasing the likelihood of vision loss in these patients. Overproduction of VEGF is believed the be the cause of the blood vessel abnormalities that leak fluid into the retina, causing AMD.

The proposed new treatment involves injecting a virus, similar to the common cold, into the eye. Prior to injection, scientists alter the virus, AAV2, so it can’t cause sickness. After injection, AAV2 carries a gene into the patient’s retinal cells. The gene stimulates production of the therapeutic protein, sFLT01, which in turn slows VEGF production.

Though the trial involved only 19 patients, the findings are potentially very important. The current treatment protocol requires injections of the protein directly into the eye. While the treatment has been successful in improving vision, the proteins don’t remain in the eye, forcing patients to return to the doctor’s office every one or two months for new injections.

The new gene therapy has the potential to reduce or even eliminate the need for multiple injections.

“This preliminary study is a small but promising step towards a new approach that will not only reduce doctor visits and the anxiety and discomfort associated with repeated injections in the eye, but may improve long-term outcomes because prolonged suppression of VEGF is needed to preserve vision, and that is difficult to achieve with repeated injections because life often gets in the way,” said Peter Campochiaro, MD, the study’s senior author.

The research unfolded over four years, from 2010 to 2014. The authors divided the 19 participants into four cohorts, with each cohort receiving a higher dose than the previous cohort. The groups were monitored for adverse effects for at least four weeks before the next group received the higher dosage.

“Even at the highest dose, the treatment was quite safe,” Campochiaro said, in a press release. “We found there were almost no adverse reactions in our patients.”

While the therapy proved safe, its size was not sufficient to judge how well the therapy works and in which patients. In this study, enrollees were selected because they had a low chance of regaining vision with currently available treatments. The authors said only 11 of the 19 had the potential for improvement.

However, researchers said those patients who saw no improvement all had antibodies to the AAV2 virus. Those antibodies potentially are a clear-cut answer to the disparity in results. However, if that proves to be the case, it could severely limit the eventual potential deployment of the therapy, since scientists estimate about 6 in 10 Americans have built up immunity to AAV2 or similar viruses.

Campochiaro said additional research is required before researchers can draw concrete conclusions about the treatment itself or the potential for antibodies to derail it in some patients.

However, he said the study creates a promising avenue worthy of further research.

The study, titled “Intravitreous injection of AAV2-sFLT01 in patients with advanced neovascular age-related macular degeneration: a phase 1, open-label trial,” was published last month in The Lancet. 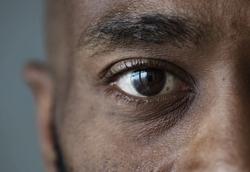 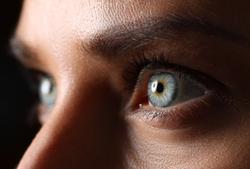