MPS II is an X-linked lysosomal disorder caused by a deficiency or absence of iduronate-2-sulfatase (I2S) gene. The gene therapy is designed to deliver I2S directly to the central nervous system (CNS) of patients with MPS II, or Hunter syndrome. Delivery of the enzyme deficient within cells in the CNS has the potential to provide a permanent source of secreted I2S beyond the blood-brain barrier, permitting for long-term cross-correction of cells throughout the CNS.

Additionally, this method could provide rapid I2S delivery to the brain, possibly preventing the progression of cognitive deficits that can otherwise occur in individuals afflicted by the lysosomal storage disease.

In preclinical studies and animal models of MPS II, treatment with RGX-121 has been shown to restore I2S enzyme activity to levels equivalent to or greater than those in non-affected animals. The extent of CNS correction in animal studies suggests that RGX-121 has the potential to be a significant and appropriate therapeutic option for patients in the population.

"Children living with MPS II have limited treatment options, making this Fast Track designation tremendously important," said Kenneth T. Mills, President and Chief Executive Officer of REGENXBIO in a press release. "We are honored to support the MPS community and committed to offering innovative solutions to people with MPS II and their families. We look forward to working closely with the FDA to facilitate the development of RGX-121 and will begin the Phase I/II trial in the coming months."

REGENXBIO has stated its plans to evaluate RGX-121 in a Phase 1/2, multi-center, open-label, multiple-cohort, dose-escalation study in pediatric subjects with MPS II who have documented evidence of early-stage neurocognitive deficit due to the condition. Approximately 6 male subjects with MPS II greater than or equal to 4 months old and less than 5 years old will be treated in a pair of dose cohorts (1.3 × 1010 GC/g brain mass and 6.5 × 1010 GC/g brain mass), and will be administered a single dose of the gene therapy via injection directly into the cerebrospinal fluid (CSF).

Patients enrolled in the trial will receive immunosuppression for the first year after administration of RGX-121. The study is designed to assess the safety and tolerability of RGX-121 at 24 weeks, and a safety assessment will serve as the primary endpoint. Secondary and exploratory endpoints include the effect of RGX-121 on biomarkers of I2S activity in the CSF, serum and urine, as well as the effect of RGX-121 on neurocognitive deficits. Other outcome measures will also be evaluated.

After completion of the primary study period, subjects will continue to be assessed for a total of 104 weeks following treatment with RGX-121 and then have the option to participate in a long-term follow-up.

At present, the only approved treatment option for patients with MPS II is the enzyme replacement therapy (ERT) Elaprase (Elaprase). It only treats the peripheral aspects of the disease. 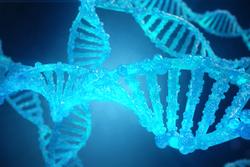